Well, friends, this certainly is not a post that I thought that I would be writing--not this soon. Not now. We lost Boone last week, suddenly without warning.

The day began normally enough. The Head Gardner came in mid-morning to announce that Boone had finally caught the rabbit that he had cornered underneath the stack of old wooden fence posts out by the barn. He finally caught the rabbit and the HG managed to get it away from him, so he put the poor little rabbit in a trash can to keep it safe until he could turn it loose. Then Boone caught a nuisance dove and gave it up easily when the HG told him to drop it.

They both came in for lunch and took their naps and then went back out, but the next time Boone came in he wasn't behaving normally. We thought at first that he was just tired after his busy morning. Boone never stayed still for long. We are on five acres, and he spent his time running the pastures, patrolling the back fence for feral cats that live in the alley on the east end of our property. If he wasn't looking for cats--which he could never catch because of an electric fence to keep the horses contained--he was chasing rabbits that ran at top rabbit speed to make it across the pasture to the neighbor's windbreak where they would be safe. Boone was always on the run.

So when he began to look like he didn't feel well, we first thought that perhaps he was just worn out, but then he got worse, his discomfort apparent. He groaned as he lie on the living room floor. We let him out and it was clear that he was in discomfort.

Finally the HG called the vet and took him in. I waited. You know how it is when you wait? Awful. The weather was awful, too. I had been watching the weather all afternoon. It was the day of big hail all around us. Sometimes the storms go around us, but not this day. The HG loaded Boone in the back of my Edge and drove out just as the hail began.

The first call came and  it was not good. Boone had a twisted stomach. The HG was waiting for one more x-ray, but I think he already knew the outcome.

The second phone call, he told me that he would put Boone to sleep. He was too sick to save and in too much pain.

That was a week ago. We are doing better now, but gosh we miss him. He was only four and half and we had much too short a time with him. He was just beginning to grow up and not be such a handful.

Large dogs are prone to a twisted gut or stomach and while surgery can be performed, the HG was told that it was very risky and expensive, and he would have had to drive him fifteen miles to the clinic for surgery and it was just too far way. It was raining and rush hour--even in our rural area. He knew that Boone would not survive the trip.

This afternoon I finally got nerve to look up twisted gut or stomach. It occurs most often large deep chested dogs, such as German shepherd, St. Bernard, Akita, and Weimaraner. Boone was half German short hair pointer and weimaraner. However any dog can suffer the malady. A website, CAGPS Rescue explains the condition.

We will miss our boy. The house is certainly very quiet now and a bit lonely. Socks, caps, washcloths, and the grandkids' stuffed animals are not safe. His favorite game was to steal a sock or a shoe--well--anything to use as a bargaining chip to get a doggie treat. He was a smart dog. He was a good dog.

We are taking a few days off-- a nice long road trip to Texas. I'll try to post next week-- a cheerful, happy post.

I'll be linking with Maggie at Life in Normandy for Mosaic Monday. Join us there.

I have missed everyone. We have been busy here at the Garden Spot and I am finding myself in a rush this morning to get my post done in time to make the Mosaic Monday deadline. I may miss it. So I'll be short on words today and long photos.

The main garden event for May is always the Iris. The only one I know in this lineup is Edith Warford. Did I spell it correctly? The yellow with lavender petals I love her. They have faded now. I'll did up the large clumps and have more to plant. 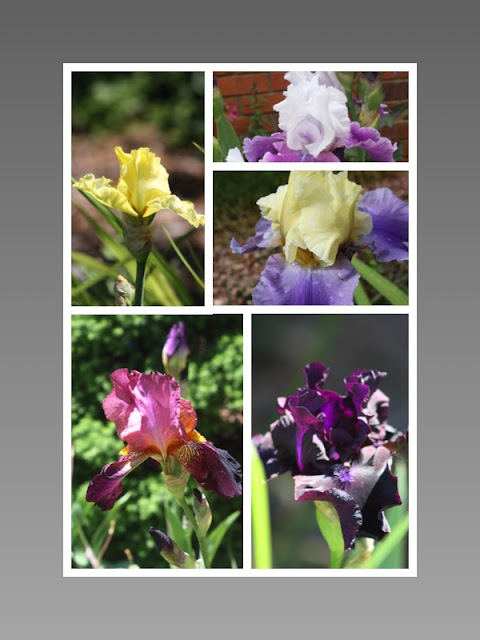 I took a couple of day trips. This series of photos are from a drive I took with the Head Gardener. Each year he takes the grandsons up to a place called King's Canyon on a private ranch for an archery shoot sponsored by the Colorado Bow Hunters Association. This year he volunteered to take the trailer up with the targets. It was a beautiful drive, going through the corner of Wyoming through Laramie, Wyo. 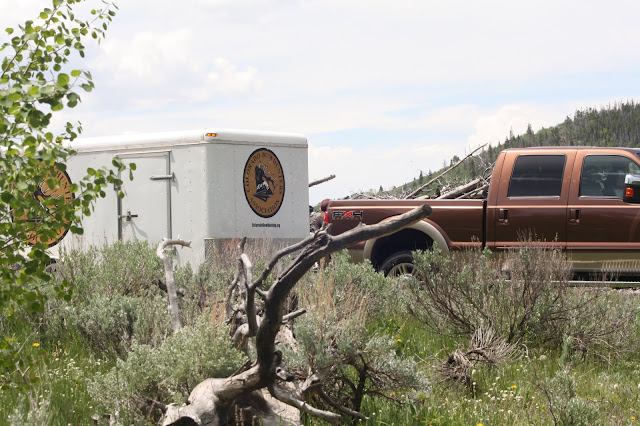 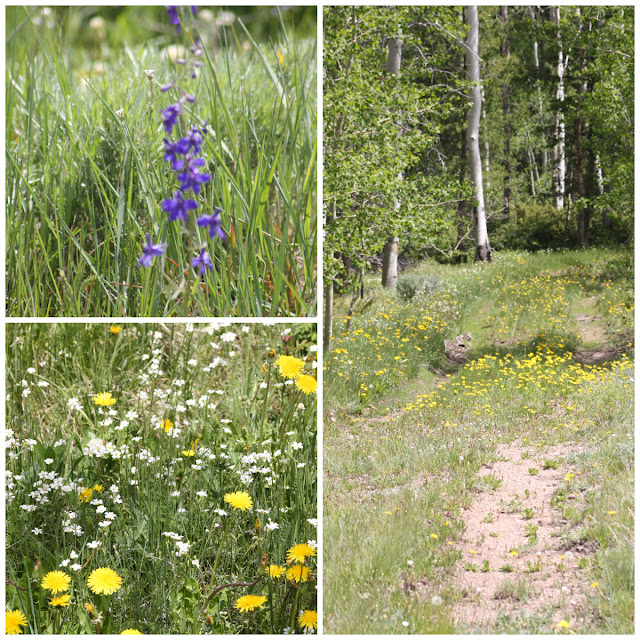 The wild flowers were so pretty. No mountain columbine. Usually they don't bloom until around the 4th of July in the aspen stands. 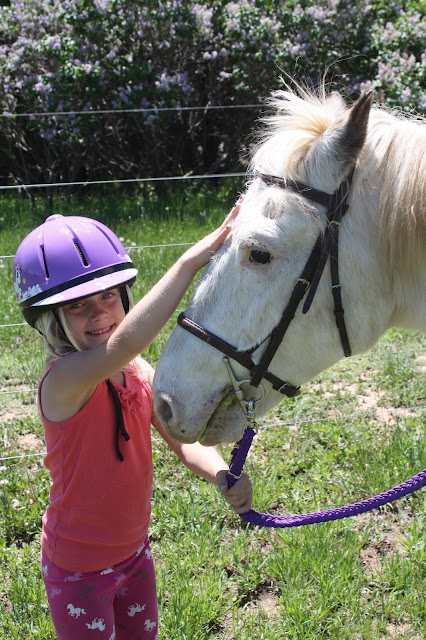 The granddaughters are over about once a week to ride. Lily loves to ride POP and he behaves for her. Purple is their favorite color. Can you tell? 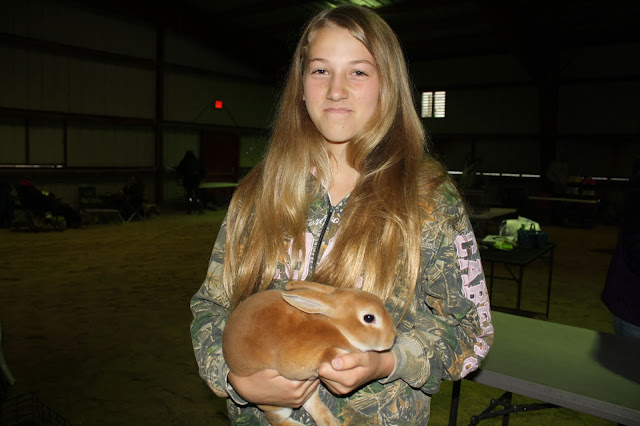 Spent the day with Elinore in Cheyenne, Wyo. at a big rabbit show--1800 bunnies showed that day. It was a freezing cold in the indoor horse arena-rained all day. This is one of her red mini rex bunnies. Their coat is like velvet. So soft. The buck was disqualified because he was too fat but I think he won first in her division for quality of coat. It was long cold day, but Ellie learned a lot about rabbits--me, too. 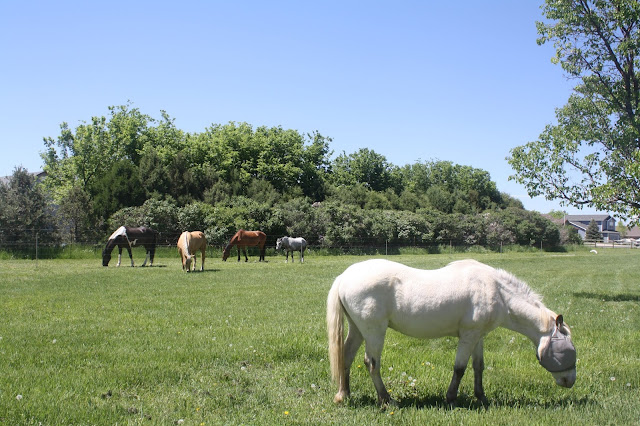 Just a horse picture. Horses are herd animals and we have small herd--two, but they hang with the neighbor's horses. I like watching the horses.


We had a very good hay cutting experience with a new guy. If you remember the other fellows who cut the hay had huge tractors and had such a difficult time, so this little guy knew how to do it. Instead of windowing the hay, he laid it out flat and it dried in a day as opposed to a week. So it was cut and baled in three days. A real record. We got 96 bales. 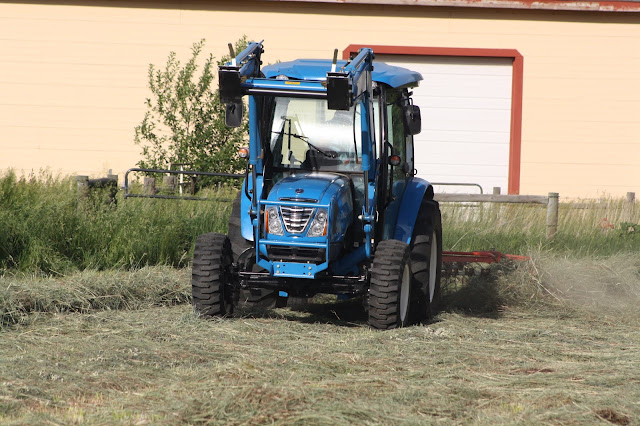 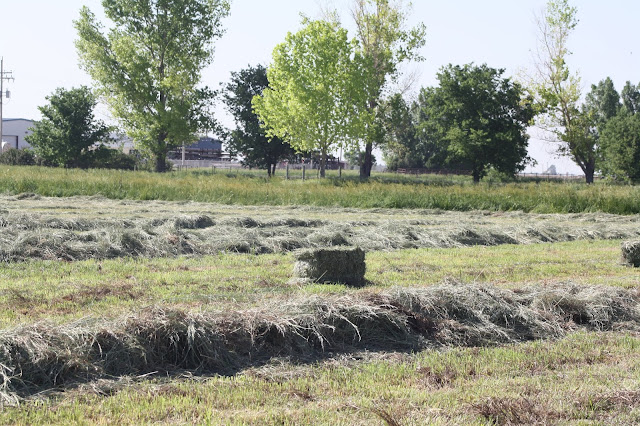 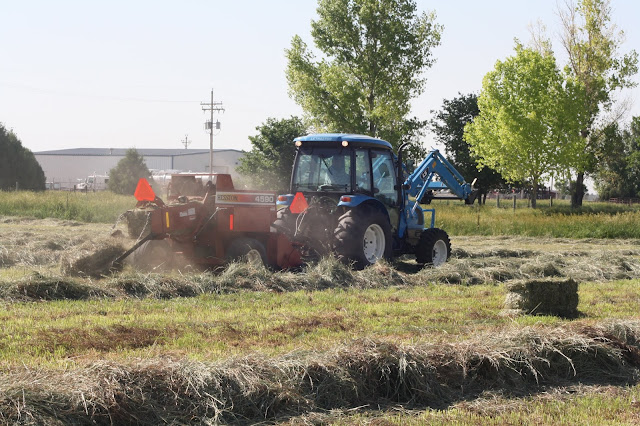 My sister-in-law and I took a nice road trip to this old stage coach station, again near the Wyoming border. It is the Overland Trail Stage Coach station that served this part of the wild west in the 1860s. It has been restored and this was their dedication ceremony. It is truly out of the pages of Colorado history of wagon trains and settlers traveling to the west coast. It is located on private property so the only time visitors can go in is on these special occasions when the community club invites visitors. 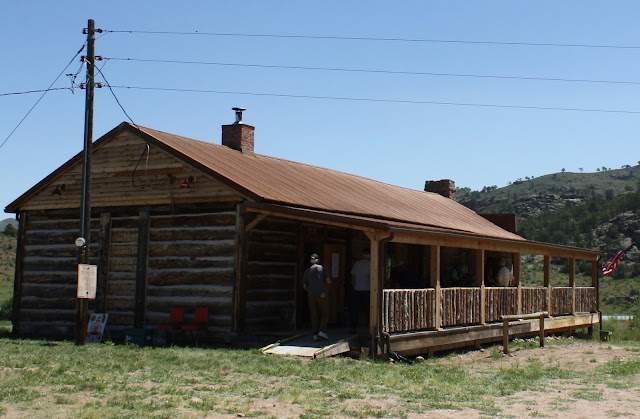 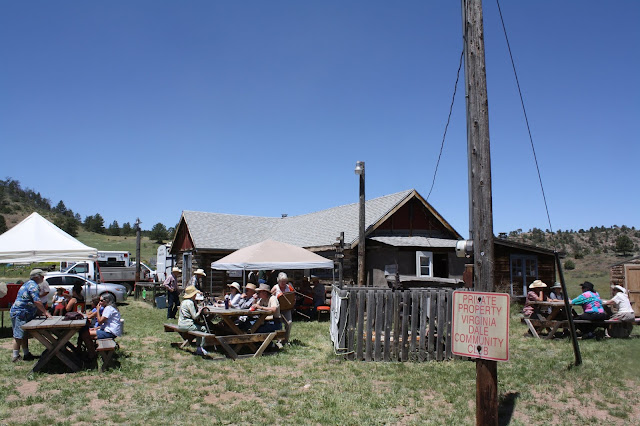 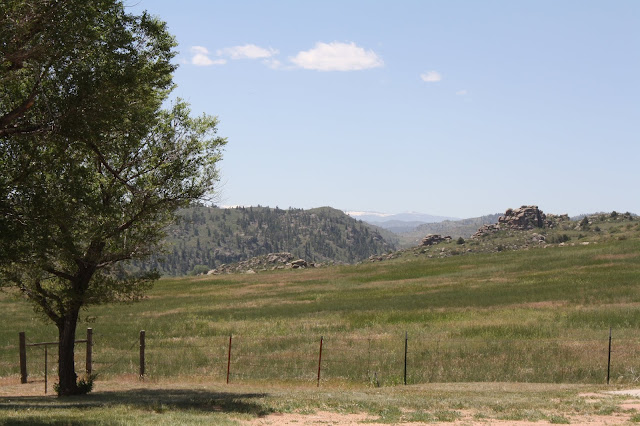 Can you imagine traveling across this land in a wagon? Somewhere over there by the rock formations  the Overland Trail wound it way to the stage coach stop where travels were fed and stayed the night at the inn next door, which was really just two rooms. Jack Black and wife Virginia Dale were a colorful couple, out laws, really. Jack Black was eventually hanged in Montana for steeling cattle. 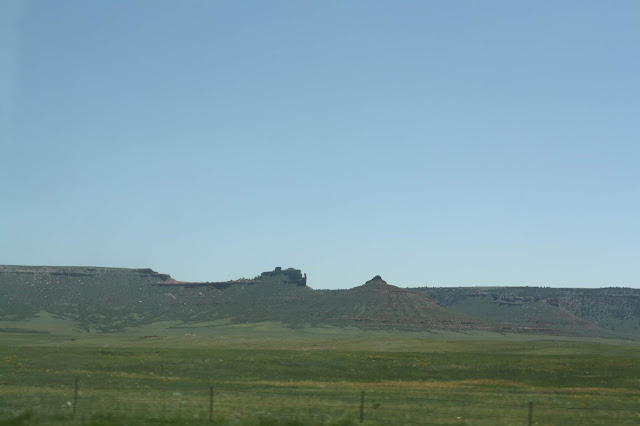 I could go on and on, but I don't want to miss the Monday Mosaic Deadline, so more next time.

Thanks for stopping by. Join me at Mosaic Monday. 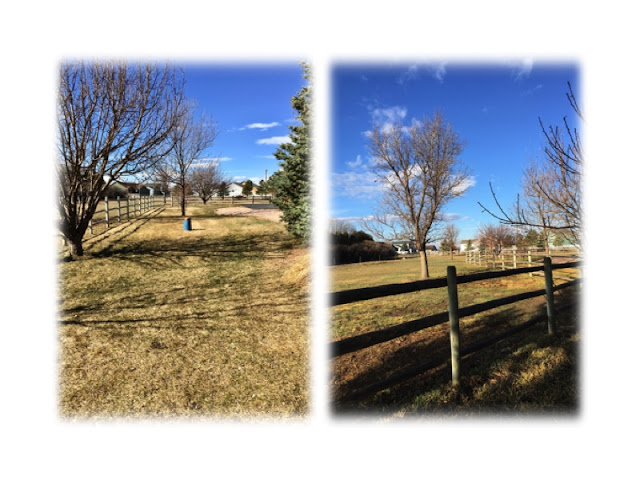