A Man, His Toys, and Craigslist

I hope you are all enjoying your holiday week end. Here, it is hotter n' a firecracker, 90s +. We get out in the yard early to work and later in the evening, slathered in mosquito repellent. Our friends from Haxtun spent Saturday night with us after a shopping spree in the big city. Tomorrow night we watch fireworks from our uncle's front porch. He has a ring side seat of the skyline over Ft. Collins where we can oooo and aaahhh, watching multiple displays. Granted, the fire works won't be sprinkling down us, but we will see a nice variety of displays.

I had planned a rather brief post for tonight: A man and his  toys and Craig'slist.org, but there were other exciting things today, too. 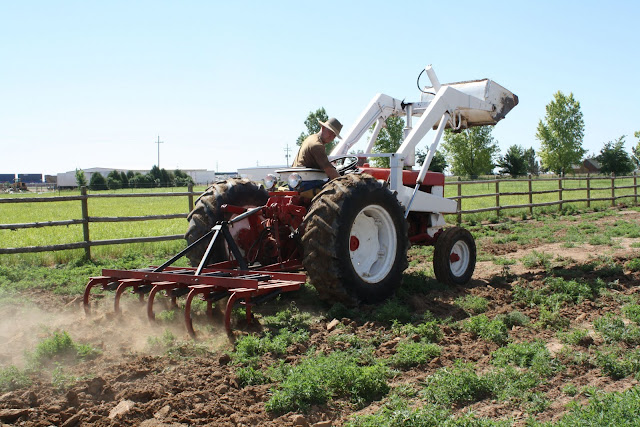 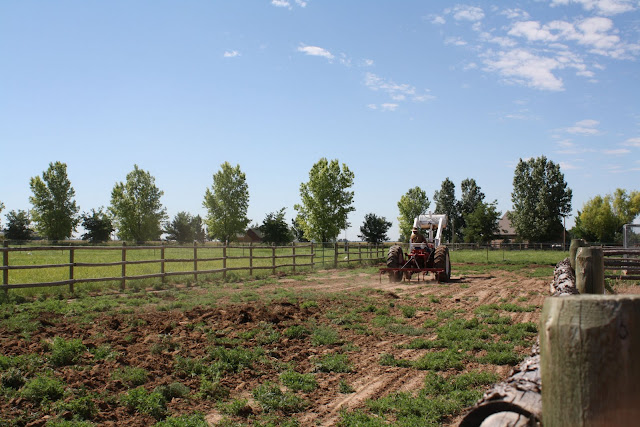 Really. Do I need to comment? A Man and his tractor with a new tool, a ripper, what more is there to say? . A real bargain. He went to pick up a blade for the tractor and came home with a ripper too.  Kept him occupied for a couple of hours.

But I had my own projects. I needed to vacuum the basement cement floor because the carpet will be laid later this week. I also wanted the window wells cleaned out since they are deep windows and and a part of the room, so I set him on that task. He called me over to the window to show me what was in the well. I expected the regular toad, or salamander, or garter snake. Instead: 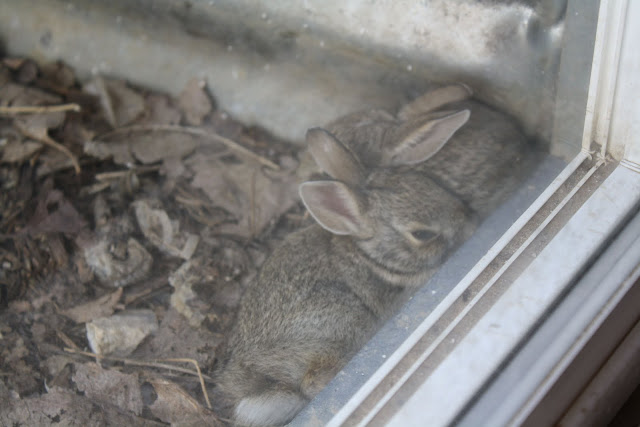 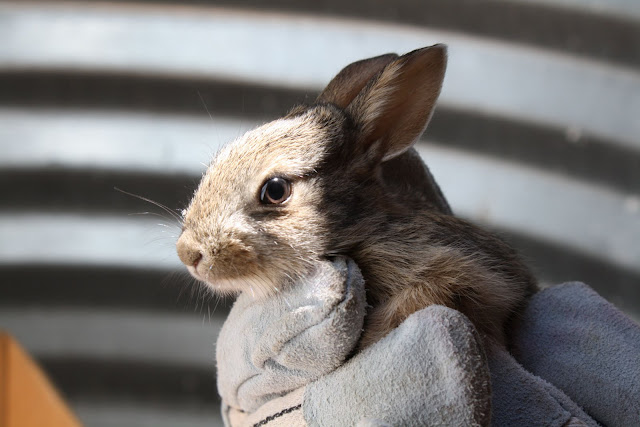 Aren't these baby cotton tails just the cutest? We knew that they had not been trapped for very long because they looked very healthy--scared, but healthy. We surmised that mom had them out and they got scared by a cat or the dog and fell in the window well. 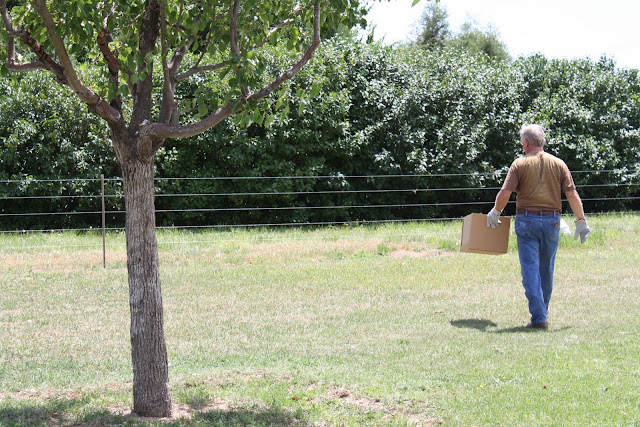 So hubby caught them and carried them across the pasture where he turned them loose in the neighbor's windbreak. They ran straight for the protection of the lilacs. It's where all the bunnies run when they are scared, and the little guys seemed to know exactly where to go. Hopefully they found their nest and their mamma. They were old enough to eat on their own, so they will be fine. They had company, too, in the window well: 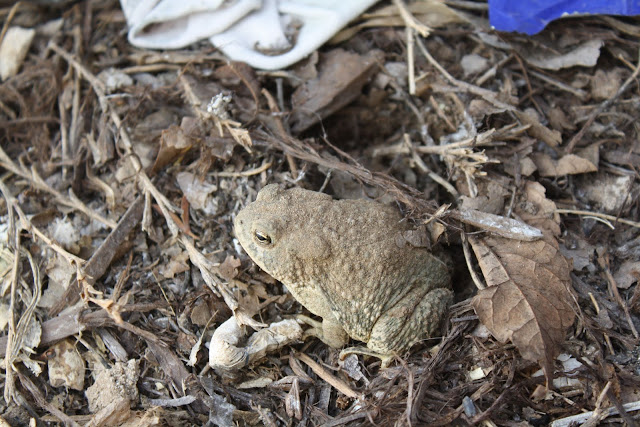 We have four window wells which we check regularly for toads, which we rescue and turn them loose in the yard, otherwise they run out of food in their little prisons. 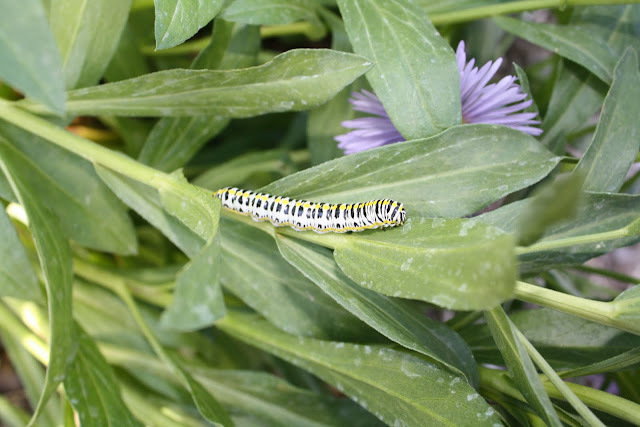 And finally, I spotted the caterpillar on the aster. We are not sure what kind it is. Any idea? A black swallowtail, perhaps. I went out later in the day to have another look. He had eaten quite a bit, but was nowhere to be found.

PS: craigslist.com should come with a warning of some sort.

So. We had a busy day. Hope you are enjoying the 4th. God Bless American and God Bless our men and women in uniform.