The Boone Doggle turned four Halloween. It's hard to believe that he has been with us for nearly four years. You may well have been with me when I posted about his coming home back then. We had lost our dear, sweet Max and had decided that we really couldn't replace him, so we would not get another dog. The Head Gardner, however, just had to look and you know what happens when you window-shop--or surf the web--you find something, and you go buy it. He found Boone on Pet Finder. com at a kennel in Grant, Nebraska just the other side of the Colorado boarder. In the photo, pictured with his brother and three sisters, Boone was the big male in the back. Gerald called and said, "I want that one, the male in the back, sitting tall."

We drove the two +hours to Nebraska to pick up him. Today he is the Crown Prince of the Garden Spot. Big. Strong. Fast. Smart. Funny. Sweet. Stubborn. He loves to chase the rabbits, play with the grand kids, and harass the poor cat, Mo. 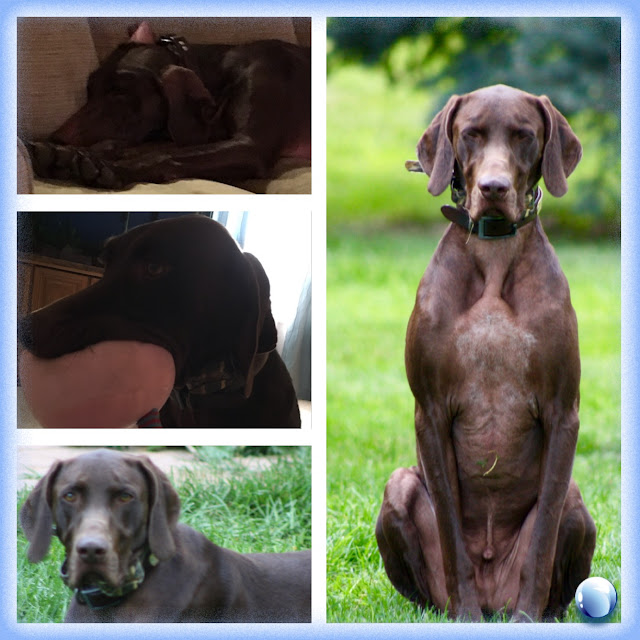 The collage shows him sleeping on the sofa, only because it was his birthday. He even got a Birthday Cake, now his favorite toy that we have to take away from him or he will shred it minutes.

He is a handsome dog, that dark chocolate color with the ticking on his chest. He is across between a weimaraner and a German Short Haired Pointer. He has the build of the weimaraner--larger than the the typical short hair. but he has the color of the short hair. 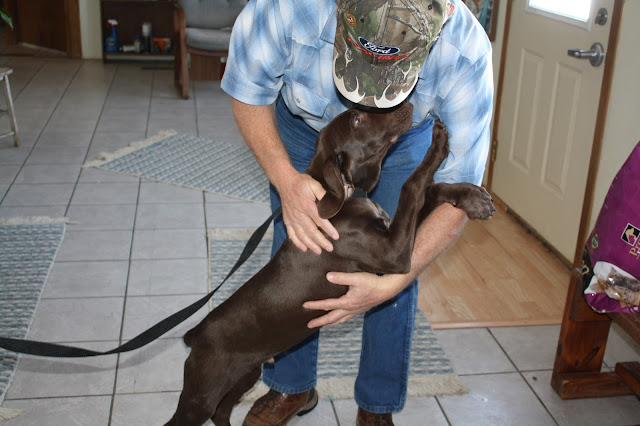 It was love at first sight at the little animal clinic that also did dog adoptions. He was one of a litter of 13 pups, five of which were surrendered for adoption. 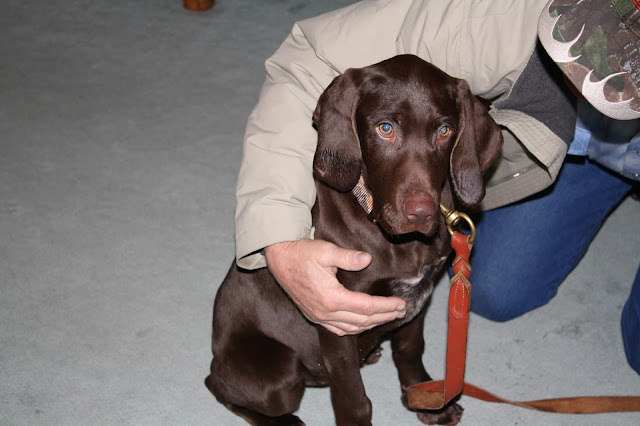 He was so cute and such a handful. His very favorite thing to do: Steel my sock and give it up only when offered a cookie. I said he was smart.

The Head Gardener is still out east working corn harvest. Because we don't have a fenced yard and Boone is inclined to run off, he has to go to the boarding kennel while his daddy is gone. It is a long spell for him.

It is hard to believe that November is ticking away. The weather has changed dramatically here in Northern Colorado. We are expecting snow all night.

I am glad to be back blogging. I'll be joining Maggie at Normandy Life. See you there.

Thanks for stopping by. Have a great week.